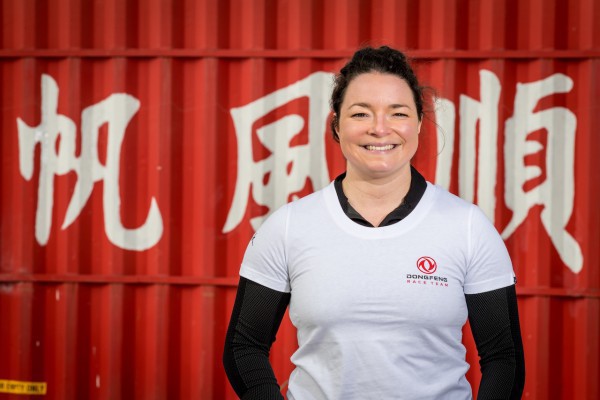 Role: Logistics Manager - making sure the entire team have everything covered to be able to perform at their best for the project (equipment, visas, a bed, some food, motivation…)

Languages: French and English. A bit of Spanish, Portuguese and German sometimes too..

What do you like to do when not sailing? Renovating my house is taking up any free time I have at the moment. Apart from that I like to do surfing, windsurfing, swimming, yoga and stand up paddling.

Favourite quote: “Don’t envy other peoples lives, you have no idea what their journey is all about” - no idea who said that but I like it. Then there is also the quote “If you don’t build your dream, someone will hire you to help build theirs” - Steve Jobs.

Who inspires you? Marine Derrien (previously logistics manager). In all honesty, it is just any athlete that pushes themselves in extreme conditions.

What was the best advice you were ever given? “If money was no object, what would you wake up to do tomorrow morning?”

If you could wake up tomorrow in the body of someone else, who would you pick and what would you do? I would probably split myself into the bodies of the world’s most powerful people and get them to protect the oceans. No more factory pollution into the ocean, ban single use plastic products and bags, create and protect more marine reserves, stop fishing methods that endanger/destroy species, and encourage citizens from around the world to leave nothing behind them that can end up in the ocean. Oh and to clean the beach every time they go there…

What makes you passionate about the Volvo Ocean Race? The intensity of the race and what it takes to stay strong as a team in such a long term engagement.

One sentence to describe Charles? Discreet. Determined. Straight to the point. Focused.

How do you keep going when you’re at your limit? How do you stay motivated? A good nights sleep, a bowl of fresh raspberries and an intense swim session, although not necessarily in that order.