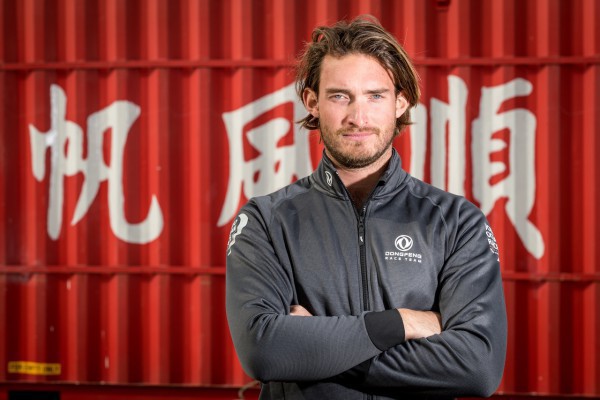 What do you like to do when not working on the Volvo Ocean Race?
Surfing, sailing, climbing, mountaineering and the odd round of golf.

Greatest achievement?
In 2014, competing in the Round Britain and Ireland Race onboard the Open 60 - Artemis Endeavour. We came second overall but got the world record for boats under 60ft. Also being the first boat to navigate Svalbard in the Norwegian in 2015. At 80 degrees north there is a lot of ice to dodge and the odd polar bear.

Favourite quote:
“The best mountaineers are the ones with the worst memory”…….I guess that goes for sailing as well.

Who inspires you?
Anyone who’s pushed themselves to explore.

What was the best advice you were ever given?
Mind the step and watch your head.

If you could wake up tomorrow in the body of someone else, who would you pick and what would you do?
An Astronaut and be shot up into space in a rocket.

If you were an animal, what would you be?
A turtle because I want to work from home.

What makes you happy/angry?
Happiness is going on adventures Opinions make me pretty angry.

What do you want to be remembered or known for?
Having a bloody good time.

What is the single thing that you miss the most when at sea?
A bed/sofa.

What food or drink do you miss the most when you are at sea?
A big roast dinner and a pint of Ale.

What item do you always take with you when sailing?
Shorts.

Tell us something about yourself that we didn’t know?
Ive just eaten 3 oranges…