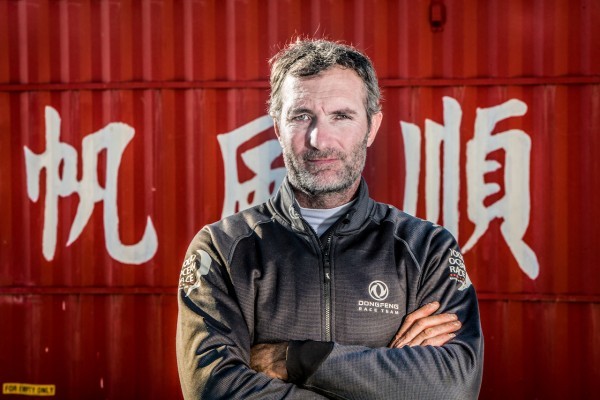 Volvo Ocean Race experience? This is his first

Greatest achievement? Sailing around the world solo with no assistance (Vendée Globe)

When did you start sailing? I started sailing in North Brittany when I was about 7 years old with my dad.

Who inspires you? All sportsmen and women who go deep in the passion and development of their sports. I would say people like Lewis Hamilton, Kelly Slater, Jonny Wilkinson

One sentence to describe yourself? Someone that never gives up!

What do you like to do when not racing on the Volvo Ocean Race? More sailing? I also like kiteboarding and paddle boarding.

Why Dongfeng Race Team? I like that the team is international but still a bit French. There is a melting pot of different ages, sexes, languages and yeah…in my opinion this team has everything to do well in the race!

One sentence to describe Charles? Clever

What makes you passionate about the Volvo Ocean Race? Human adventure with a group of people and the precision behind it.

What do you miss the most when at sea? Being with my kids

Charles on Jérémie: “Jérémie may be new to the Volvo, but we are delighted to give him this opportunity and I have huge respect for what he has achieved. In a one-design fleet of Volvo Ocean 65s, having specialist Figaro sailors like him on board is invaluable.”