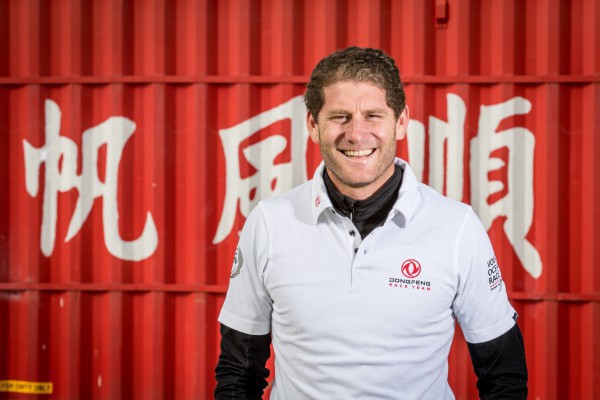 What he said:
“We have no illusions about how tough this race is, how unfair it can be at times and how tough our opponents will be – we will try to do our best and work as hard as possible for the result we want”

When and where did you start sailing?
I tried a number of sports and my favourite when I was younger, before I discovered sailing was fencing. However, when I went to secondary school the standard wasn’t high enough for me to continue. I would have been going backwards. I was giving myself 100% and when I couldn’t go any further I stopped. It was only a few years later I discovered sailing and there’s no stopping me now! I think I started sailing when I was 15 and began to race competitively three years later. Summer holidays soon became all about racing with Franck Cammas and then I was given an amazing opportunity to complete my compulsory military service with the Federation Française de Voile. From then sailng became my life…

What do you love most about sailing?
Sailing is a great sport because you can push and push yourself and always become better and learn something new everyday. There’s always a record to break. Sailing is a technical sport and I love this side of it.

What makes you passionate about the Volvo Ocean Race?
This race is about endurance and determination, and mental and physical strength. You will never understand it until you have done it.

Why Dongfeng Race Team?
Dongfeng Race Team is a natural choice for me. I want to help develop sailing as a sport around the world and China is a major player not just economically but in the sporting arena as well. I take a great pleasure in teaching my sport and if the Chinese sailors are willing to learn I am more than willing to teach. There is so much for them to learn, this race is about collaboration, teamwork and adventure. The sport of sailing is a universal language and I want to make people see that.”

Bruno on Charles:
We both share the same objectives and we trust each other so it makes our work easy. He has a good vision of what the team should do to both for the sponsors and in order to succeed on the water. Overall he is an excellent skipper who works well in the multi-cultural environment and understands what the team needs. I have a lot of respect for him.

Show your support, send a message to Charles and follow him on social media: